Focus on the Big Picture with Tortoise Media - Key Takeaways

Our partner, Tortoise Media is a slow news organisation that focuses on matters that are driving the news, spending time reporting on the unseen.

Recently, I was fortunate enough to hear Alexi Mostrous, an investigative journalist at Tortoise being interviewed for the Multiverse Community, talking about achieving big results by focusing on the big picture. After completing an English degree, Alexi did a law conversion course and became a barrister and having spent some time working on some insular and dry disputes, he made the decision to move into the world of journalism. Alexi went onto work at The Times and the Guardian for 13 years in roles including Head of Investigations and Saturday News Editor, before joining Tortoise Media as a partner in September 2019.

Alexi used two examples of investigative journalism to highlight some really interesting ways to keep focused on the big picture, the first was a story from when he worked at The Times.

Alexi began by explaining that he had gone to a friend's (let’s call him John) house, who was a hedge fund manager and was a very wealthy person who would get a lot of investment proposals into different companies. John went on to tell Alexi about a proposal he had gotten to invest £400,000 into a film and if the film was successful, he would make £60,000 and if it wasn’t, he would make £70,000 in tax credits. John proceeded to explain that everybody who is above a certain level of wealth is offered the chance to avoid tax, so essentially tax to the right kind of person is avoidable. From here Alexi started looking into it and soon came to realise that this tax avoidance is absolutely everywhere and everyone is doing it in a really blatant way. For example, people would take out their salary as a loan, because loans aren't taxed, meaning that in most cases, people earning £400 - £500k a year were paying less tax than a teacher or a nurse. To develop this investigation further, Alexi went undercover as an IT consultant earning £40,000 a year at a tax conference where it was explained to him that he could pay less than 2% tax a year, part of a scheme that had been around for years used by some really famous and wealthy people. After some vigorous searching, Alexi went on to expose Jimmy Carr as one of the celebrities using this tax avoidance scheme
With an investigation that ends up being a whole lot larger than originally anticipated, with new information constantly unveiling, Alexi went on to make some really valuable points that can be transferred into any workplace or role. Firstly he gave us some strategies around managing large pieces of information and then condensing them into a narrative:

Next, Alexi focussed on hitting ‘dead ends’ whilst trying to focus on the big picture:

How can you apply this outside of journalism? If you’ve recently started a new role, these are great tips to help combat feelings of imposter syndrome. Likewise, if you are struggling grasping a topic in your apprenticeship, writing your portfolio or approaching gateway, these tips are a great way to take a step back and refresh when things are getting overwhelming. 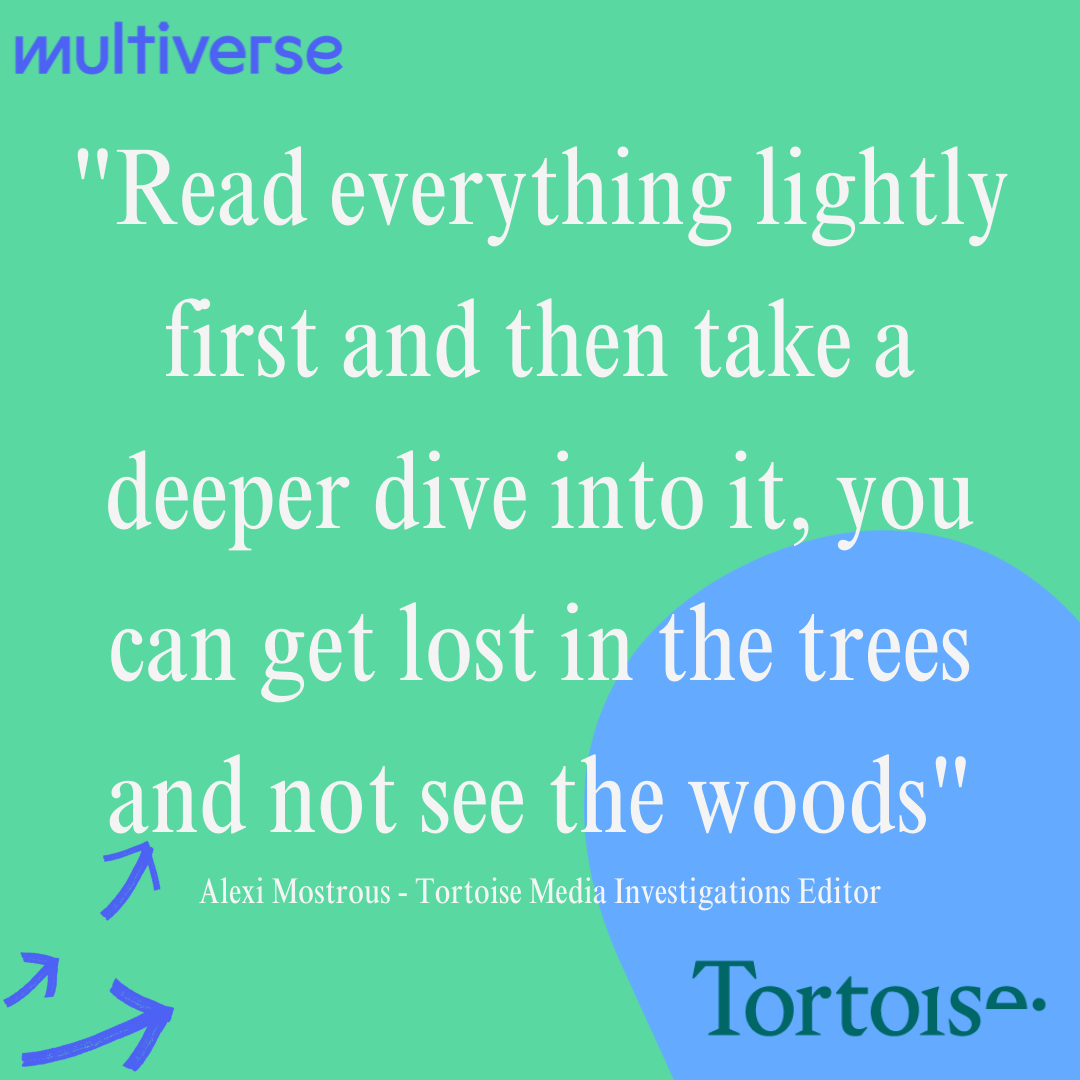 The next point Alexi touched on to remain focussed on the big picture was around staying motivated:

The strategies used by Alexi to remain focussed on the big picture during this investigation are great ways to make sure you excel in the workplace. The piece around motivation is huge, motivation allows us to be creative, set goals and develop our skills. If you are ever feeling lost or overwhelmed in your apprenticeship - remind yourself of why you started it? What did you want to achieve? 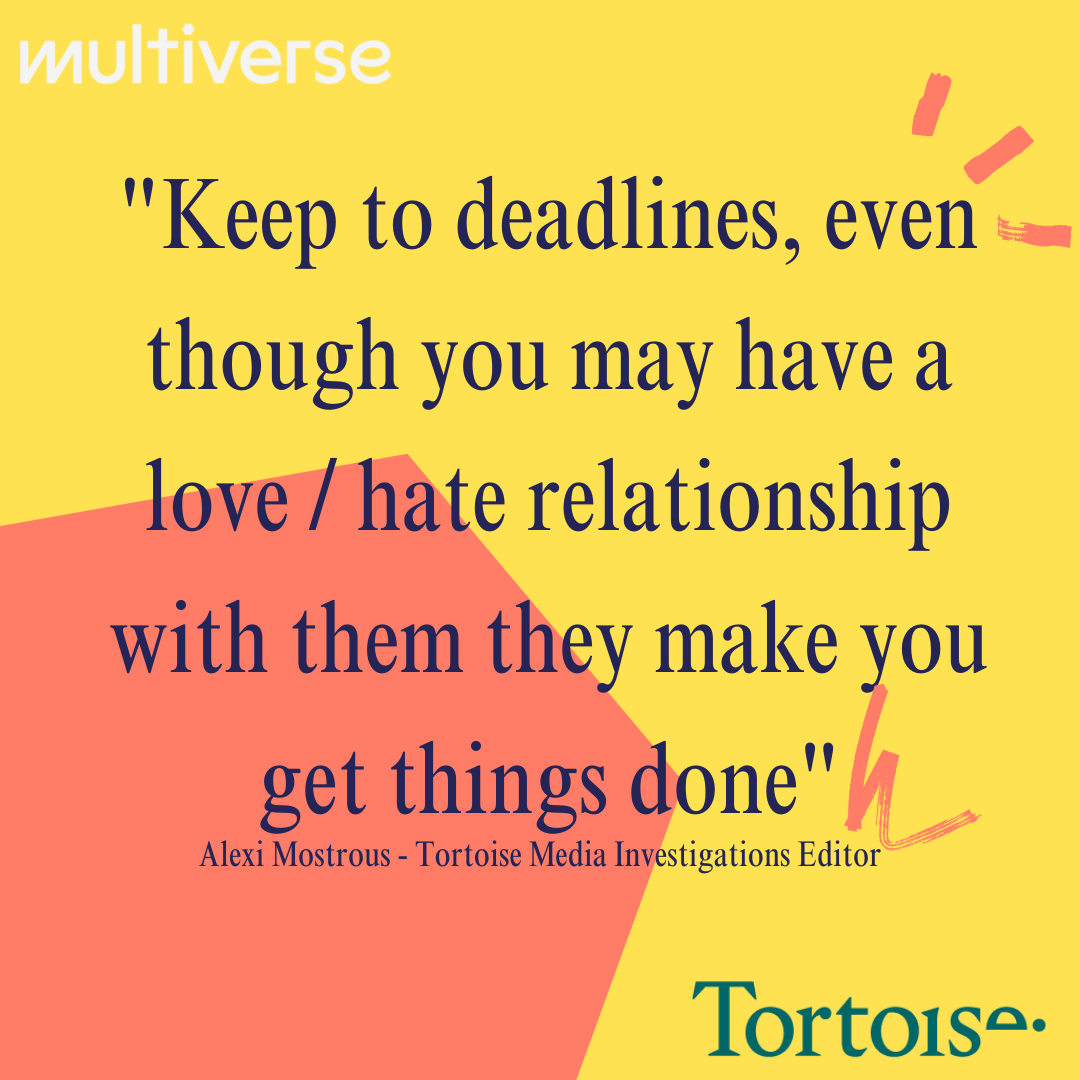 In order to help yourself remain focussed on the ‘Big Picture’ the key takeaways to remember from this event are:

Redeem your free membership!
We’re delighted to be partnering with Tortoise Media, giving our Community access to world-class journalism, mentoring and thought-provoking events. Redeem your free, 12-month membership (RRP £100) at this link and enter the code TEAMMULTIVERSE 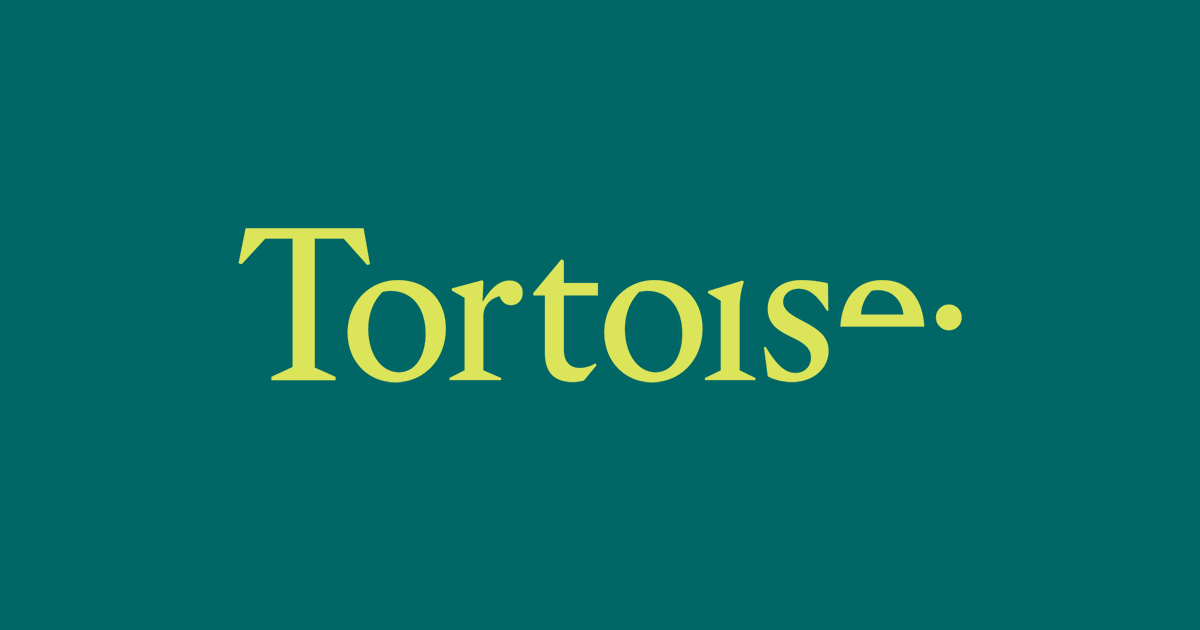 If you want to watch the full event recording, you can find it here.