Member of the Month: Linda Runham 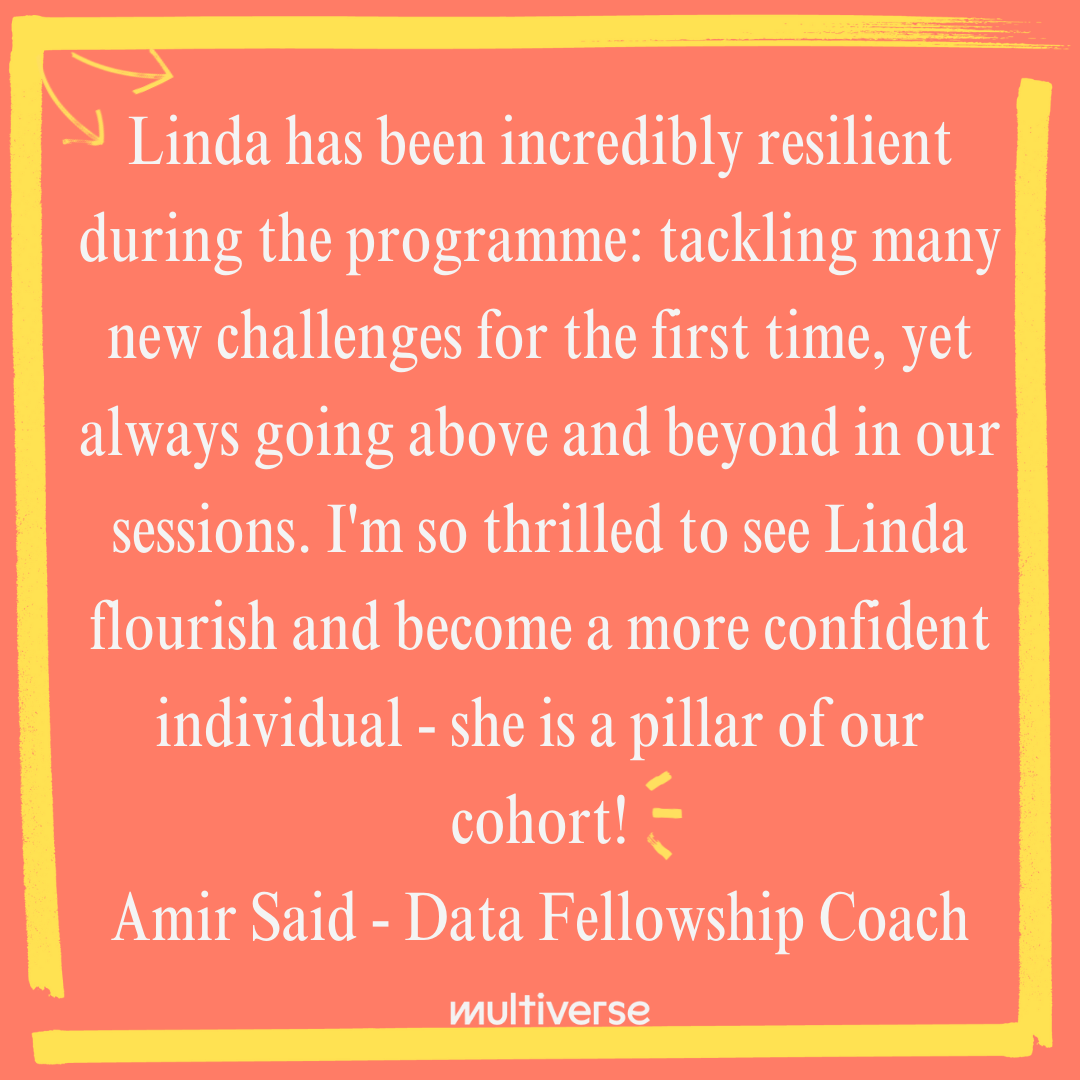 Could you tell me a little bit about your background, what apprenticeship you are doing and where you work?

I am 56 years old (never too old to become an apprentice!) and have over 30 years administrative experience working in a variety of settings including housing, careers and high schools.

I worked in Careers for 20 years helping and supporting young people into work and training.  I started off as a Clerk and moved into a more client focussed role working with young people on a one to   one basis.  There was an opening to move into a more data focussed role which I was successful at obtaining and this led on to be becoming a Client Caseload Information System Manager (CCIS),   this does sound rather grand!!  Unfortunately, I was made redundant from this role (one which I loved) and this is when I moved into school administration work, where I was primarily responsible for   producing data on the behaviour of students.    I saw the opening earlier this year for an Apprentice Data Analyst, working back within Careers (now Entrust) and thought – this is for me!  I applied, was   successful and started working for the company in May of this year.  A condition of me getting the job was being willing to start the Data Apprenticeship.

So how do you feel about winning Member of the Month?  Can you tell us a bit about your nomination?

The nomination came totally out of the blue!  I received the email part-way through SQL Bootcamp, which I was just about managing to follow.  It gave me a great booster and a ‘come on, you can do this’ moment!!.  I’ll be the first to admit that I don’t ‘get-it’ first time and that I have to re-visit recordings and my copious notes a number of times before things start to sink in.  I think that it’s my perseverance that has played a part in me getting the nomination.

When I started the Apprenticeship, I think that I was a little scared of ‘putting my head above the parapet’ and asking for help/clarification – I’ve been out of education for many years and with only recently starting the job, plus the whole new way of working remotely I must admit that I felt a little overwhelmed (and still do at times).  It wasn’t long before I realised that I was probably asking questions that other members of the group were also thinking, but not asking.  The first time that I did it in a session, afterwards, I received some lovely comments from people within my cohort actually thanking me for asking the question, as they were thinking the same but not bold enough to ask.  It’s important to understand what’s being said and shown, otherwise things can become a blur for me!

The Multiverse Community gives Apprenticeships the opportunity to build meaningful social and professional relationships.  Have you found the Community has helped you build your network throughout your Apprenticeship and if so, how?

I really enjoy attending the Community events and like to browse the events that are taking place.  It’s a really good feeling to know that you’re booked onto an event where you know that the host is going to be really enthusiastic about the topic being covered, and when you’re there, it’s great to hear feedback and comments of others at the event.  Sometimes, it can be really humbling to listen to the experiences of other apprentices and their openness can be very thought provoking.

I like to scroll through the newsfeeds when I get a chance and reply to or ‘like’ them when I can relate to them 😊.

What has been the most rewarding experience you’ve had so far as an apprentice?

This has got to be the feedback that I received from my coach on my first assignment.  As I stated earlier, I have been out of education/learning and essay writing for many years (nearly 40 in fact!) and I was so apprehensive when I submitted it.  The feedback that I got couldn’t have been better and I was thrilled!

Nominate for September's Member and Coach of the Month below: